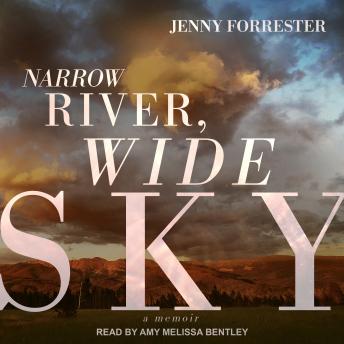 In the vein of The Liar's Club and The Glass Castle, Jenny Forrester's memoir perfectly captures both place and a community situated on the Colorado Plateau between slot canyons and rattlesnakes, where she grew up with her mother and brother in a single-wide trailer proudly displaying an American flag.

Forrester's powerfully eloquent story reveals a rural small town comprising God-fearing Republicans, ranchers, Mormons, and Native Americans. With sensitivity and resilience, Forrester navigates feelings of isolation, an abusive boyfriend, sexual assault, and a failed college attempt to forge a separate identity. As young adults, after their mother's accidental death, Forrester and her brother are left with an increasingly strained relationship that becomes a microcosm of America's political landscape.

Narrow River, Wide Sky is a breathtaking, determinedly truthful story about one woman's search for identity within the mythology of family and America itself.