The NASA Conspiracies: The Truth Behind the Moon Landings, Censored Photos , and The Face on Mars 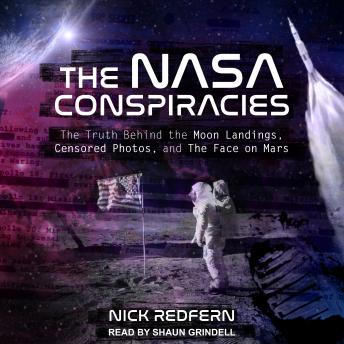 The National Aeronautics and Space Administration-NASA-was established on July 29, 1958. Ever since that day, NASA has been at the forefront of efforts to explore outerspace, resulting in the Apollo missions to the moon, the Skylab space-station, and today's space shuttle.

But behind the open face of NASA, there is a much more mysterious world. NASA has been linked to a wealth of high-level cover-ups, including:

Claims that the Apollo moon landings of 1969 to 1972 were faked as part of an effort to demonstrate military and technological superiority over the former Soviet Union.

NASA's role in hiding the truth about the controversial face on Mars-which many believe to be a carved structure, created in the remote past by long-extinct, indigenous Martians.

NASA's deep and longstanding involvement in the famous UFO crash at Roswell, New Mexico, in the summer of 1947.

The NASA Conspiracies throws open all the doors that the Space Agency has kept closed for so long.

NASA Conspiracies: The Truth Behind the Moon Landings, Censored Photos , and The Face on Mars