NASA's Pioneer and Voyager Missions: The History and Legacy of the First Space Probes to Explore the Outer Solar System and Beyond 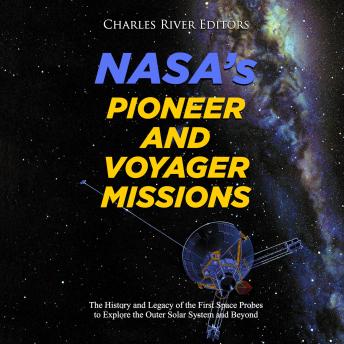 Although Apollo 11’s successful mission to the Moon is seen as the culmination of the Space Race, and the Apollo program remains NASA’s most famous, one of the space agency’s most successful endeavors came a few years later. In fact, the Pioneer program was the most diversified sequence of any of NASA’s programs, and though they’re now remembered for being among the first probes in history to reach the Outer Solar System, the elaborate planning changed goals several times over several years before resulting in historic successes. NASA had wanted to do a Grand Tour of the Solar System toward the end of the 1970s to take advantage of the scheduled alignment of planets, which meant the Pioneer missions were meant to be test runs prior to the main events (Voyager 1 and Voyager 2), and a great many things discovered by Pioneer 10 and Pioneer 11 were essential to the successful planning of the Voyager probes.

In 1977, the Voyager spacecraft were launched from Earth to explore the outer Solar System, and incredibly, the now-ancient technology from the 1970s is still working, sending daily reports back to the planet that sent the two robotic envoys on their way over 40 years ago. Voyager 1 and 2 have done far more than accomplish their original missions. In fact, they are now exploring interstellar space, far beyond the outer planets in the cold wasteland between the stars. Each spacecraft carries a copy of a golden record which contains an introduction to Earth, should some alien civilization happen to encounter either Voyager 1 or Voyager 2. In the first Star Trek movie, writers imagined just that, creating a story of a Voyager spacecraft being captured and adapted for its own uses.

NASA's Pioneer and Voyager Missions: The History and Legacy of the First Space Probes to Explore the Outer Solar System and Beyond