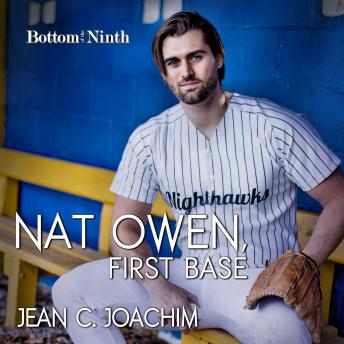 What would you do if the hottest new female country music singer, asked you to come up to her place?
Nat Owen, formerly nobody from nowhere, now World Series MVP, followed his instincts. The star first baseman fell under the spell of the singer the minute she batted her eyelashes at him.
What about Nicki? Were they only friends, or about to become more? The female pro softball catcher and the first baseman had chemistry. Just as Nat made his move on Nicki, Lucy strutted into his life, offering stardom, glitter, and a lifestyle he could only dream about.
What's a man to do? With his head in one place and his heart in another, Nat bounced from one to the other, trying to make up his mind. When an offer he couldn't refuse was dangled in front of him, he went for it. Little did he know, he had a lot more to lose than his heart.
CAUTION: locker room language