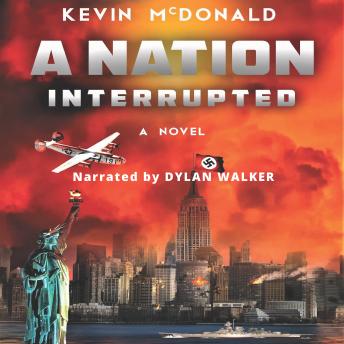 'An exhilarating ride through an alternate history.'

In one of the most unsettling 'what-if' reversals to American history, the Union Army is overrun at the Battle of Antietam. Left with no alternative, President Lincoln surrenders, and the Confederate States of America becomes an independent nation. It's a tragic twist that will produce dire, far-reaching ramifications.

As the divided American nations move into the twentieth century, slavery has long since been abolished; but in the summer of 1941, America faces another challenge-an existential challenge.Almost a century after the Civil War, the disastrous consequences of the Union defeat are threatening freedom on both sides of the Atlantic.

The Second World War represents the defining event of the twentieth century. History dictates the United States must play the decisive role in defeating Adolf Hitler and the Nazis-but that history is no longer intact. America has been divided into two nations, and the resulting shift in global power has altered the course of the conflict, bringing all of North America and Western Europe to the brink of annihilation.

In the spring of 1945, as the Nazis are preparing to deliver the final blow, a young academic and a small, elite group of American airmen are about to determine the fate of the world.

FREEDOM'S VERY SURVIVAL IS COMING DOWN TO ONE, LAST-DITCH MISSION.

This title is due for release on March 16, 2020
We'll send you an email as soon as it is available!