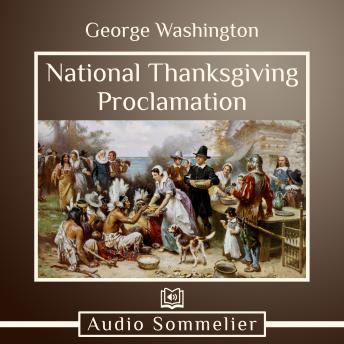 The act of dedicating a time to be thankful preceded the Thanksgiving holiday. It even preceded what most think of as the "First Thanksgiving" in Plymouth. This act became an official holiday only after a committee introduced a resolution on the matter to the House and Senate in 1789. President Washington instituted the holiday, stating that it would be "devoted by the People of these States to the service of that great and glorious Being, who is the beneficent Author of all the good that was, that is, or that will be."