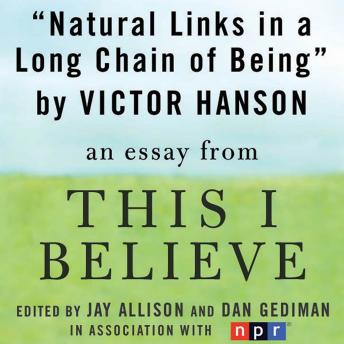 Natural Links in a Long Chain of Being: A 'This I Believe' Essay

Professor of Classics Victor Davis Hanson contemplates the continuity of generations in 'Natural Links in a Long Chain of Being', his contribution to NPR’s This I Believe series.