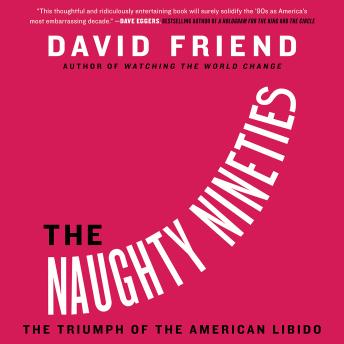 The Naughty Nineties: The Triumph of the American Libido

A sexual history of the 1990s when the Baby Boomers took over Washington, Hollywood, and Madison Avenue. A definitive look at the captains of the culture wars -- and an indispensable road map for understanding how we got to the Trump Teens.

The Naughty Nineties: The Triumph of the American Libido examines the scandal-strafed decade when our public and private lives began to blur due to the rise of the web, reality television, and the wholesale tabloidization of pop culture.

The Naughty Nineties also uncovers unsung sexual pioneers, from the enterprising sisters who dreamed up the Brazilian bikini wax to the scientists who, quite by accident, discovered Viagra.

Naughty Nineties: The Triumph of the American Libido