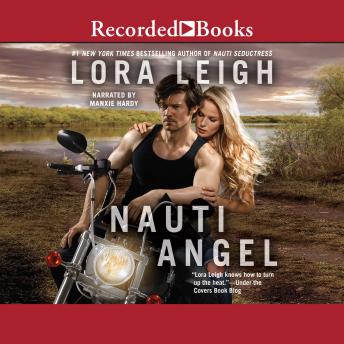 Angel Calloway is anything but angelic in this thrilling new Nauti novel from New York Times bestselling author Lora Leigh. Angel Calloway isn't the girl next door. Known for being rude and cursing like a sailor on a bender, she's meaner than the two mercenaries she's followed since she was young. Needing anyone is not what she's about. Or so she thought. Until she found the mother she was taken from so long ago, Chaya Mackay, wife to the notorious Natches Mackay. One night with Angel and devilishly sexy Marine Reece Duquaine was hooked. She nearly blew his head off, and moments later, she blew his mind. He's been after her ever since, wrestling with a desire that fights to consume him. But now he has her in his sights and is ready to take his shot. Unless someone else moves in for the kill first.