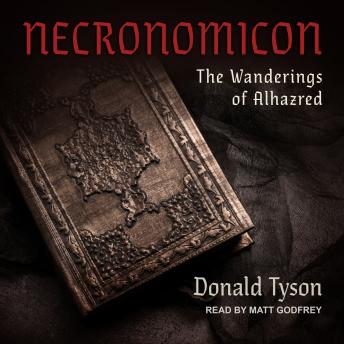 Necronomicon: The Wanderings of Alhazred

This grimoire traces the wanderings of Abdul Alhazred, a necromancer of Yemen, on his search for arcane wisdom and magic. Alhazred's magical adventures lead him to the Arabian desert, the lost city of Irem, ruins of Babylon, lands of the Old Ones, and Damascus, where he encounters a variety of strange creatures and accrues necromantic secrets.

Necronomicon: The Wanderings of Alhazred