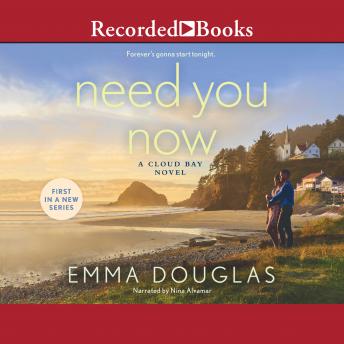 Winning the game of life--and love--takes two in the first book of a new small town romance series from Emma Douglas. Welcome to the town of Cloud Bay. Charming, picturesque and full of secrets. Faith Harper knows that she's not the marrying kind. Having watched her rockstar father work his way through three wives and numerous girlfriends, leaving heartbreak in his wake, she knows that Harpers and marriage don't mix. She keeps her relationships short, casual and far away from Lansing Island where she lives and runs the music empire her father left behind when he died. Caleb White is looking for a distraction after shocking the tennis world by announcing his retirement from the game. When he gets an offer from a friend to come stay on Lansing Island during the legendary CloudFest, he figures a week of music and partying sounds like a good way to blow off some steam before he settles down to figuring out what he wants to do with his life. But he hadn't bargained on meeting a woman like Faith. Faith can't resist a festival fling with Caleb and can't deny that she might be falling for him. When she starts to realize that he's a guy who's used to the spotlight and might just be looking for something to fill the void left by tennis, she figures she has to cut her losses and save her heart. Caleb, on the other hand, is determined to stick around and see if he can teach Faith that winning the game of life-and love--takes two.