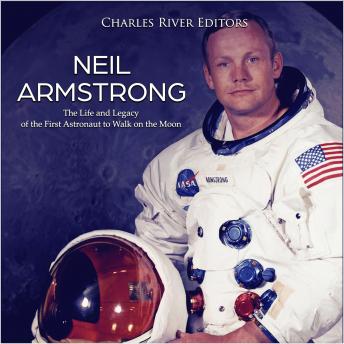 Neil Armstrong: The Life and Legacy of the First Astronaut to Walk on the Moon

"I guess we all like to be recognized not for one piece of fireworks, but for the ledger of our daily work." - Neil Armstrong
At 9:32 a.m. on July 16, 1969, time stood still throughout the world, as thousands converged on the Kennedy Space Center and millions tuned in on live television. At that instant, the first rumbles began to shake the ground, as a small spacecraft attached to the giant Saturn V rocket several hundred feet tall started lifting off. Quickly being propelled several thousand miles per hour, it takes just a few minutes to reach a speed of 15,000 miles per hour, and just a few more minutes to enter orbit at 18,000 miles per hour. Apollo 11 was on its way to a historic first landing on the Moon.
Apollo 11's trip to the Moon may have started on that day in 1969, but the journey had begun over a decade earlier as part of the Space Race between the United States and the Soviet Union. While landing on the Moon was a noble goal proposed as early as 1961 by President Kennedy, NASA and the nation as a whole moved with urgency simply to best the Soviet Union, which had spent the 1950s beating America to important space-related firsts, including launching the first satellite and cosmonaut in orbit. In fact, President Eisenhower's administration began the design for the Apollo program in 1960 in hopes of getting a head start to the Moon, despite the fact the plans originated a year before the first Russian cosmonaut, Yuri Gagarin, orbited the Earth and two years before John Glenn did.
Over the decade, NASA would spend tens of billions on the Apollo missions, the most expensive peacetime program in American history to that point, and even though Apollo 11 was only one of almost 20 Apollo missions, it was certainly the crown jewel. only one of nearly 20 Apollo missions conducted by NASA. And to make Apollo 11 a success, it would take nearly a decade of planning by government officials, hard work by NASA scientists, intense training by the astronauts, and several missions preceding Apollo 11. It also cost over $20 billion, making the Apollo program the most expensive peacetime program in American history at the time.
When the Apollo program reached its pinnacle, the man at the center of it was Neil Armstrong, a farm boy and pilot who rose from a hardworking rural home to become the first to set foot on the Moon and utter one of the 20th century's most famous phrases: "That's one small step for man, one giant leap for mankind." Armstrong did so through education, first in high school and later at Purdue University, a lot of hard work as a pilot during and after the Korean War, and some luck, coming of age at a moment when the Space Race was in full effect. After reaching the peak of his fame and career at the young age of 40, Armstrong spent the second half of his life as he had the first, working hard and serving his country. In doing so, he serves as one of the best examples of national pride and service that America has ever known.
Neil Armstrong: The Life and Legacy of the First Astronaut to Walk on the Moon profiles his life and chronicles the most memorable space mission in history. Along with pictures of important people, places, and events, you will learn about Neil Armstrong like never before.

Neil Armstrong: The Life and Legacy of the First Astronaut to Walk on the Moon