Neither Nowt Nor Summat: In search of the meaning of Yorkshire 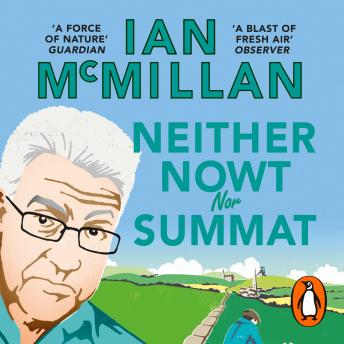 If there were such a thing as a professional Yorkshireman, Ian McMillan would be it. He’s regularly consulted as a home-grown expert, and southerners comment archly on his ‘fruity Yorkshire brogue’. But he has been keeping a secret. His dad was from Lanarkshire, Scotland, making him, as he puts it, only ‘half tyke’. So Ian is worried; is he Yorkshire enough?

To try to understand what this means Ian embarks on a journey around the county, starting in the village has lived in his entire life. With contributions from the Cudworth Probus Club, a kazoo playing train guard, Mad Geoff the barber and four Saddleworth council workers looking for a mattress, Ian tries to discover what lies at the heart of Britain’s most distinct county and its people, as well as finding out whether the Yorkshire Pudding is worthy of becoming a UNESCO Intangible Heritage Site, if Harrogate is really, really, in Yorkshire and, of course, who knocks up the knocker up?

Neither Nowt Nor Summat: In search of the meaning of Yorkshire