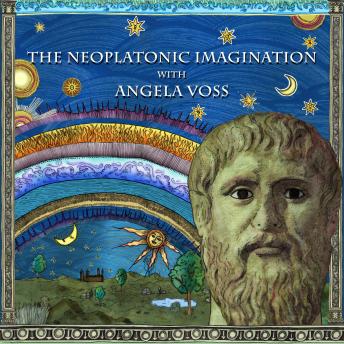 The Neoplatonic Imagination with Angela Voss

These three lectures are an introduction to one of the most important schools of philosophy in the ancient world, the followers of Plato (c.348-428 BCE) who are now called the Neoplatonists. Writing from roughly 100 to 500 CE, these philosophers offered interpretations of Plato's ideas from varying perspectives but always focussing on the nature of the human soul, and its relationship with the cosmos and with the One, the supreme, divine ground of being which gives rise to all that is. Each lecture is devoted to a different personality and viewpoint - Plotinus' contemplative approach, Iamblichus' ritual approach, and the visionary mysticism of the legendary Hermes Trismegistus.

Session 1 - Plotinus and the Neoplatonic Cosmos

Angela Voss, PhD, SFHEA is Programme Director for the MA in Myth, Cosmology and the Sacred at Canterbury Christ Church University, UK. She has studied and taught Western esotericism for over twenty years, and is also a musician and an astrologer. Her interest began with the Renaissance philosopher Marsilio Ficino, who was deeply indebted to both Plato and Hermes in his desire to renew the spirit of the Christian religion (see Marsilio Ficino, 2006), and she completed a doctorate on his astrological music therapy in 1992. She is now in the Education Faculty at Canterbury Christ Church, and is working within a transformative learning context, finding ways to bridge esoteric wisdom and reflexive scholarship. She has written extensively on Ficino, the symbolic imagination, music, astrology and divination, and she regards her vocation as a 'walker between the worlds', of spiritual experience and academic discourse. Some of her publications can be found at https://canterbury.academia.edu/AngelaVoss

This title is due for release on May 26, 2019
We'll send you an email as soon as it is available!