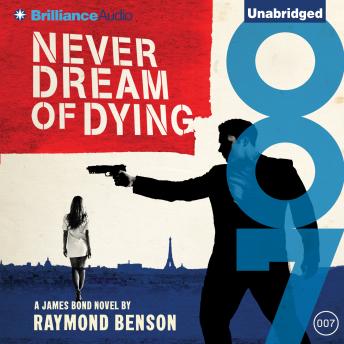 It begins at a movie studio in Nice where a police raid goes horribly wrong, killing innocent men, women, and even children. It continues in an English prison, where a dead man discloses an intriguing secret about the brutal criminal organization called the Union. The trail leads James Bond to Paris, where he meets the tantalizing movie star Tylyn Mignonne and embarks on a voyage of sensual discovery.But Tylyn is in mortal danger. Her husband, a volatile French film producer, has not forgiven his glamorous wife for ending their troubled marriage—and he is connected to the Union’s thugs.Meanwhile Bond’s friend, French agent Mathis, has disappeared while tracking down the Union’s mysterious leader, Le Gerant. Bond’s journey takes him to a thrilling underwater brush with death, a chase through the Corsican wilderness, a surprise encounter with an old friend—and a final confrontation with a twisted criminal genius.