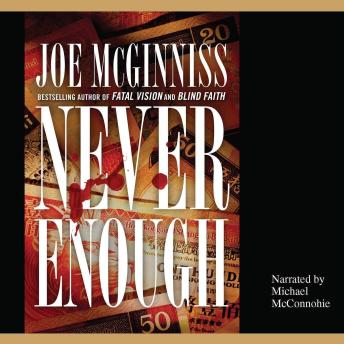 At thirty-nine, Nancy Kissel had it all: the royal lifestyle of the expatriate wife, three young children, and what a friend described as 'the best marriage in the universe.' That marriage—to investment banker Robert Kissel—ended one November night in 2003 in their luxury apartment high above Hong Kong's glittering Victoria Harbour when Robert was murdered and Nancy became the prime suspect. Her 2005 trial captivated Hong Kong's expatriate community and attracted global attention. Less than a year after the jury returned its unexpected verdict, Rob's brother, Andrew, was also found dead, stabbed in the back at his multimillion-dollar Greenwich mansion.

Never Enough is the harrowing true story of two brothers, who grew up wanting to own the world but instead wound up murdered half a world apart, and of Nancy Kissel, a modern American woman for whom having it all might not have been enough.