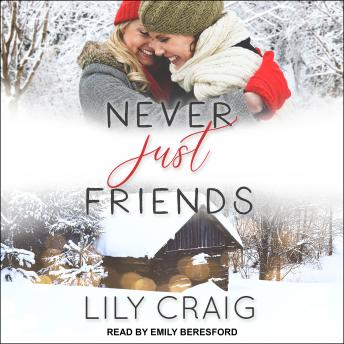 Falling for your best friend is hard.

Georgiana-Georgie to everyone outside her family-figured out long ago that being in love with your straight best friend sucks. Turns out it's even worse when that friend, Madelyn, tells you she's not so straight after all. After it becomes clear to Georgie that she needs to get over Madelyn, Georgie moves cities and starts a new job.

To grad student Madelyn, though, the sudden rift between the friends prompts painful introspection. A year later, she realizes her feelings for Georgie are romantic after all. Madelyn plans to use their annual winter cabin getaway to confess her love.

But Canadian winters are unpredictable. When Madelyn and Georgie are snowed into their cabin in the woods, the two are forced into difficult conversations that confront deeply felt emotions about the past, present, and future. Can the friends find common ground after all they've been through?