Never Trump: The Revolt of the Conservative Elites 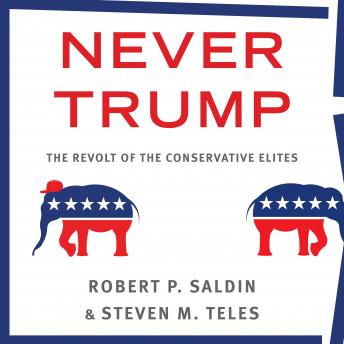 As it became increasingly apparent that Donald Trump might actually become the Republican party's 2016 presidential nominee, alarmed conservatives coalesced behind a simple, uncompromising slogan: Never Trump. Although the movement initially included a large number of Republican office-holders, its core was always comprised of the policy experts, public intellectuals, and campaign professionals who play a critical role in the modern political party system. They saw in Trump a repudiation of longstanding conservative doctrine and the kind of demagogue the founders famously warned about. Never Trumpers took their shot at denying Trump the presidency-everything from flailing attempts to coalesce around other Republican candidates and collective letters of opposition to even supporting their longtime nemesis Hillary Clinton. But in their attempt to kill the king, they missed. Now on the margins of a party that has enthusiastically united around the president, Never Trumpers have been reduced to the status of a remnant, shut out from government and hoping for a day when their party awakens from its Trumpist spell.

Based on extensive interviews with conservative opponents of the president, Robert P. Saldin and Steven M. Teles reveal why such a wide range of committed partisans chose to break with their longtime comrades in arms.

Never Trump: The Revolt of the Conservative Elites