A New Birth of Freedom: A 'This I Believe' Essay 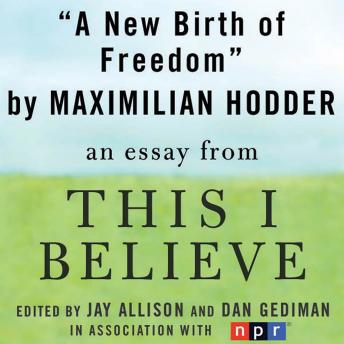 In this essay originally aired in the 1950s, Polish-American director Maximilian Hodder tells of his restored faith in humanity after escaping a Soviet gulag, in 'A New Birth of Freedom,' his contribution to NPR's This I Believe series.

New Birth of Freedom: A 'This I Believe' Essay