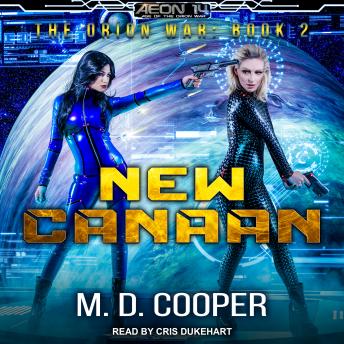 'Just once I'd like to fly into a system where everyone doesn't want to kill us.'

Tanis Richards has spent half her life on the Intrepid, guiding the great colony ship, and its two million passengers, across hundreds of light-years. She has risked life, limb, and those dearest to her to get this far.

Now she's within reach of her goal; the New Canaan System, and a normal, stable life. The kind she's only dreamed about. The only remaining hurdle is to strike a deal with the Transcend Alliance and trade the Intrepid's advanced technology for the star system.

If only things were so easy. The Intrepid's arrival has upset the delicate balance of power between the Transcend, the Orion Guard, and the Inner Stars.

Everything Tanis has ever hoped for is at risk as she fights to build the colony of New Canaan amidst the looming specter of war.