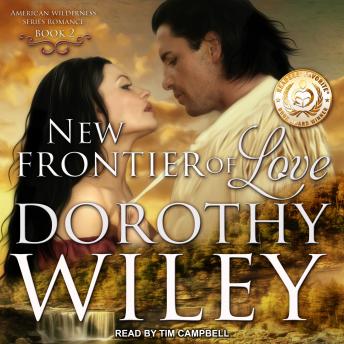 The Revolutionary War left Captain Sam Wyllie battle-hardened. His courageous but cold heart defies danger-and love. He is determined to make a fresh start in the far west, the new state of Kentucky.

Newly widowed, Catherine Adams knows she should return to her wealthy father in Boston but fears he will once again force her to marry for prestige and wealth, not love. Drawn to Sam's keen intelligence, harsh masculinity, and rugged warrior facade, she decides the west holds a chance for real love.

But dark forces-a ruthless enemy and a secret sorrow from Sam's past-conspire against them. Harboring her own secrets, Catherine resolves to help this brave buckskin-clad warrior lay down his heart's armor. Despite the undeniable attraction between them, Sam refuses to risk his heart again. Catherine won't give up, believing he could be as passionate about love as he is about his country and family.