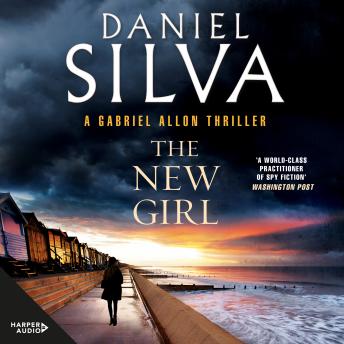 From the internationally bestselling author of The Other Woman and House of Spies comes another stunning thriller in his latest action-packed tale of high stakes international intrigue. NOW YOU SEE HER.
NOW YOU DON'T.
THE NEW GIRL
A novel of intrigue, betrayal, and revenge.
At an exclusive private school in Switzerland, mystery surrounds the identity of the beautiful girl who arrives each morning and leaves each afternoon in a heavily protected motorcade fit for a head of state. She is said to be the daughter of a wealthy international businessman. She is not.
And when she is brutally kidnapped across the border in the Haute-Savoie region of France, Gabriel Allon, the legendary chief of Israeli intelligence, is thrust into a deadly secret war with an old enemy that will determine the future of the Middle East-and perhaps the world ...
'One of the greatest novelists the genre has ever known ... The New Girl is as close to perfect as you could ever hope for a thriller to be.' The Real Book Spy
Extraordinary acclaim for The Other Woman and the Gabriel Allon Series
'Another jewel in the bedazzling crown of a spy-fiction master' Booklist (starred review)
'Excellent. . . . Readers will be enthralled by both the history and the up-to-the-minute plot that Silva spins with such finesse.' Publishers Weekly (starred review)
'A world-class practitioner of spy fiction' Washington Post
'This might be the best spy thriller since John le Carre's Tinker, Tailor, Soldier, Spy ... The Other Woman is an instant classic' CrimeReads
'The Other Woman is one of summer's biggest titles ... It's not hard to see why: This story of love and betrayal ... is hard to put down.'' Entertainment Weekly
'With Silva's novels you find yourself being educated as well as being entertained. . . . Silva is that rarity of rarities, a writer whose stories just keep getting better.'' Huffington Post