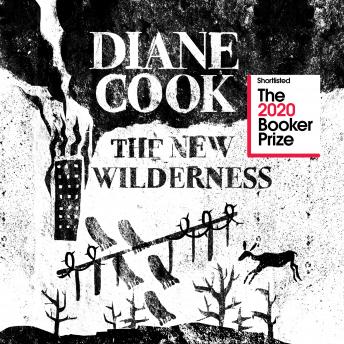 Bea's five-year-old daughter, Agnes, is slowly wasting away. The smog and pollution of the overdeveloped, overpopulated metropolis they call home is ravaging her lungs. Bea knows she cannot stay in the City, but there is only one alternative: The Wilderness State. Mankind has never been allowed to venture into this vast expanse of untamed land. Until now.
Bea and Agnes join eighteen other volunteers who agree to take part in a radical experiment. They must slowly learn how to live in the unpredictable, often dangerous Wilderness, leaving no trace on their surroundings in their quest to survive. But as Agnes embraces this new existence, Bea realises that saving her daughter's life might mean losing her in ways she hadn't foreseen.
At once a blazing lament of our contempt for nature and a deeply humane portrayal of motherhood, The New Wilderness is an extraordinary, urgent novel from a celebrated new literary voice.

“Cook's is a fresh and vivid voice; it's unsurprising the likes of Miranda July and Roxane Gay are fans.” OBSERVER

“The New Wilderness is a virtuosic debut, brutal and beautiful in equal measure.” EMILY ST. JOHN MANDEL, author of Station Eleven and The Glass Hotel

I downloaded because of the Booker shortlisting. When I started the book its dystopian theme put me off a little but I persevered and I am so pleased I finished this listen. I thought it was really good despite being out of my usual reading genre. We’ll written, loads of interesting messages and take outs on human behaviour and broken systems.

Narration was excellent but the story just floated along without going anywhere. Just when I thought it was building up to something, nothing! The descriptiveness bogged me down, I felt I was being nagged at. Not my cuppa!

As a huge fan of post-apocolyptic novels and series I wasn't sure about this book. So glad I listened! Loved the story, the characters, the narrator was fantastic. Only wish it was longer!