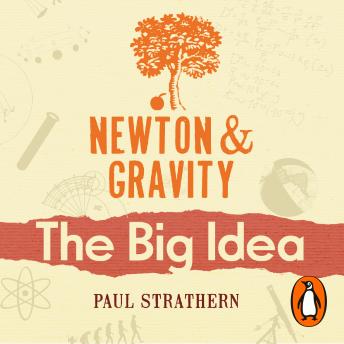 At a moment of great discovery, one Big Idea can change the world...

Newton's observations on motion, gravity and light revolutionised the world and opened up humanity's understanding of the universe. Today his work is taken for granted, but in the context of modern times, to what extent can we appreciate the 'gravity' of his theories?

Newton and Gravity tells the captivating story of Newton's life as an eccentric teenager, devout Christian, paranoid recluse, arrogant genius, and obsessive alchemist.His is a captivating tale of the universe as seen through the eyes of a highly erratic yet astonishingly brilliant individual.Exceptionally told, the immeasurable impact of Newton's Big Ideas are examined in a detailed yet accessible way.

The Big Idea series is a fascinating look at the greatest advances in our scientific history, and at the men and women who made these fundamental breakthroughs.

Please note that this audiobook is accompanied by a PDF of diagrams, which are referenced during the recording.