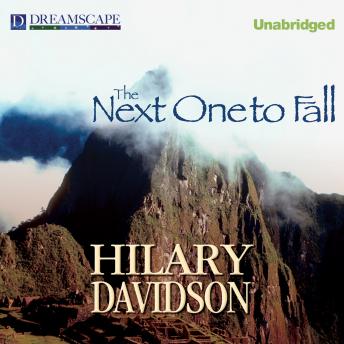 The Next One to Fall

Travel writer Lily Moore has been persuaded by her closest friend, photographer Jesse Robb, to visit Peru with him. At Machu Picchu, they discover a woman clinging to life at the bottom of an ancient stone staircase. Just before the woman dies, she tells Lily the name of the man who pushed her. When the local police investigate, the forensic evidence they find doesn't match what Lily knows. Unable to accept the official ruling of accidental death, Lily hunts down the wealthy man who was the dead woman's traveling companion and discovers a pattern of dead and missing women in his wake. Obsessed with getting justice for these women, Lily sets in motion a violent chain of events that will have devastating consequences.

Next One to Fall