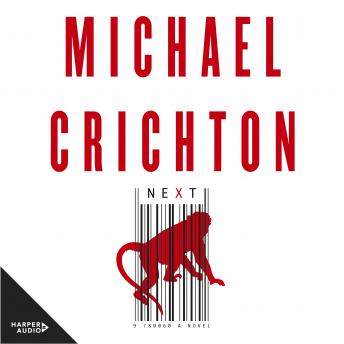 The explosive new Michael Crichton thriller: secrets, lies, murder
From the number one bestselling author of some of the most popular novels ever written comes an astounding, eye-opening look at the world of genetics as it's happening now, told as only Michael Crichton can tell it, with lightening fast pacing and thrilling chases. But this is Michael Crichton like you've never seen him before. Is your loved one missing some body parts? Are blondes becoming extinct? Is everyone at your dinner table of the same species? It's 2006: do you know who all your children are? Do you know humans and chimpanzees differ in only 400 genes? And why does an adult human being resemble a chimp foetus? there's a new genetic cure for drug addiction-is it worse than the disease? Ever want to design your own pet? Change the stripes on the fish in your aquarium? Ever think to sell your body fat-or donate it to charity? Or sell your eggs and sperm online for thousands of dollars? Did you know one fifth of all your genes are owned by someone else? Come to think of it, could you and your family be pursued cross country just because you happen to have certain genes in your body?Welcome to our genetic world. Fast, furious, and out of control. this is not the world of the future-it's the world right now. Most of the events in this book have already happened. And the rest are just around the corner.Get used to it.