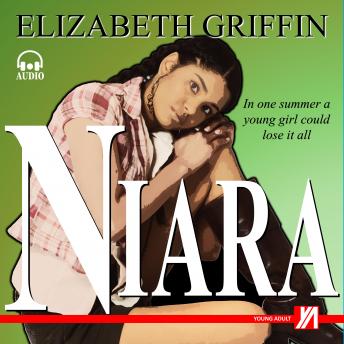 The world of 16-year-old Niara Saunders just reached maximum overload. If one more family secret revealed itself, she just might scream. How much reality could one girl take? She wasn't starring in her own teen documentary where drama guaranteed high ratings and unlimited Access Hollywood exposure.


This was her life and it had been very ordinary until recently-- bad things just didn't happen to her. She listened to her elders. She avoided the catastrophes of peer-pressure. And, the only boy she'd ever kissed had been in her first grade class.


Niara planned to continue living that life, but then things changed...


NIARA, is a coming of age story set in the inner city of Philadelphia. It is a young adult novel written in a playful manner. It is a must read for teenage girls and boys.


DOING IT FOR THEMSELVES
Major publishing houses are taking note--and picking up some local writers. -- Elizabeth Griffin Gore, The Philadelphia Daily New, October 12, 2000

This title is due for release on April 28, 2019
We'll send you an email as soon as it is available!