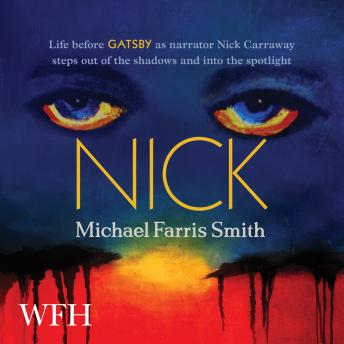 Critically acclaimed novelist Michael Farris Smith pulls Nick Carraway out of the shadows and into the spotlight in this exhilarating imagination of his life before The Great Gatsby.

Before Nick Carraway moved to West Egg and into Gatsby s world, he was at the centre of a very different story one taking place along the trenches and deep within the tunnels of World War I. Floundering in the wake of the destruction he witnessed first-hand, Nick delays his return home, hoping to escape the questions he cannot answer about the horrors of war. Instead, he embarks on a transcontinental redemptive journey that takes him from a whirlwind Paris romance doomed from the very beginning to the dizzying frenzy of New Orleans, rife with its own flavour of debauchery and violence. An epic portrait of a truly singular era and a sweeping, romantic story of self-discovery, this rich and imaginative novel breathes new life into a character that many know only from the periphery. Charged with enough alcohol, heartbreak, and profound yearning to transfix even the heartiest of golden age scribes, Nick reveals the man behind the narrator who has captivated readers for decades.

“Anybody who believes that the war is over when the enemy surrenders and the troops come home needs to read Michael Farris Smith's masterful new novel NICK. Its stark, unvarnished truth will haunt you” RICHARD RUSSO, Pulitzer Prize winning author of Empire Falls

“Though Farris Smith has five novels under his belt, he is little known in Britain. That ought to change: let some Mississippian mayhem, murder and misery into your lives” THE TIMES

This title is due for release on February 25, 2021
We'll send you an email as soon as it is available!