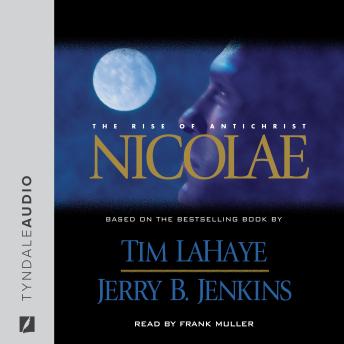 Only one series will take you to the end of the world as you explore eternal truth: the best-selling Left Behind series by Tim LaHaye and Jerry B. Jenkins. Now the entire series is available in an audio CD format. Each abridged CD is read by Frank Muller.

It has been nearly two years since the day of the mass disappearances. In one cataclysmic instant, millions all over the globe simply vanished, leaving everything but flesh and bone behind. Nicolae begins as global war has erupted. The Red Horse of the Apocalypse is on the rampage, and the Tribulation Force sets a suicidal course that places them in direct opposition to the rise of Antichrist.

This title is due for release on November 18, 2000
We'll send you an email as soon as it is available!