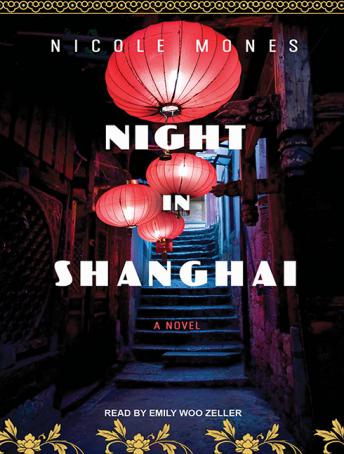 In 1936, classical pianist Thomas Greene is recruited to Shanghai to lead a jazz orchestra of fellow African-American expats. From being flat broke in segregated Baltimore to living in a mansion with servants of his own, he becomes the toast of a city obsessed with music, money, pleasure, and power, even as it ignores the rising winds of war.

Song Yuhua is refined and educated, and has been bonded since age eighteen to Shanghai's most powerful crime boss in payment for her father's gambling debts. Outwardly submissive, she burns with rage and risks her life spying on her master for the Communist Party.

Only when Shanghai is shattered by the Japanese invasion do Song and Thomas find their way to each other. Though their union is forbidden, neither can back down from it in the turbulent years of occupation and resistance that follow. Torn between music and survival, freedom and commitment, love and world war, they are borne on an irresistible riff of melody and improvisation to Night in Shanghai's final, impossible choice.

In this stunningly researched novel, Nicole Mones not only tells the forgotten story of black musicians in the Chinese jazz age, but also weaves in a startling true tale of Holocaust heroism little-known in the West.