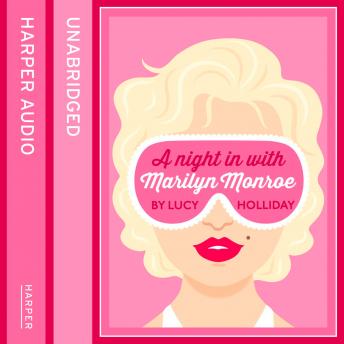 A Night In With Marilyn Monroe

The hilarious follow-up to A Night in With Audrey Hepburn from you favourite new author. Perfect for fans of Lucy Diamond and Sophie Kinsella.

After dating the hottest man on the planet, Dillon O'Hara, Libby Lomax has come back down to earth with a bump. Now she's throwing herself into a new relationship and is determined to be a better friend to best pal, Ollie, as he launches his new restaurant.

Despite good intentions, Libby is hugely distracted when a newly reformed Dillon arrives back on the scene, more irresistible than ever. And when another unwelcome guest turns up on her battered sofa in the form of Marilyn Monroe, Libby would willingly bite her own arm off for a return to normality.

Night In With Marilyn Monroe