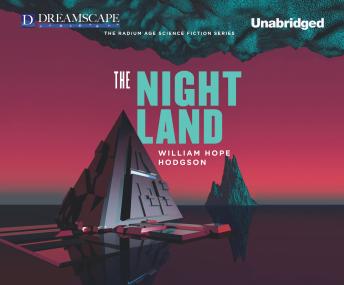 In the far future, an unnamed narrator, who along with what remains of the human race dwells uneasily in an underground fortress-city surrounded by brooding, chaotic, relentless Watching Things, Silent Ones, Hounds, Giants, 'Ab-humans,' Brutes, and enormous slugs and spiders, follows a telepathic distress signal into the unfathomable darkness. The Earth's surface is frozen, and what's worse - at some point in the distant past, overreaching scientists breached 'the Barrier of Life' that separates our dimension from one populated by 'monstrosities and Forces' who have sought humankind's destruction ever since. Armed only with a lightsaber-esque weapon called a Diskos, and fortified only by his sense of Honor, our hero braves every sort of terror en route to rescue a woman he loves but has never met.

"[Good science fiction stories] give, like certain rare dreams, sensations we never had before, and enlarge our conception of the range of possible experience... W.H. Hodgson's The Night Land [makes the grade] in eminence from the unforgettable sombre splendour of the images it presents..." - C.S. Lewis