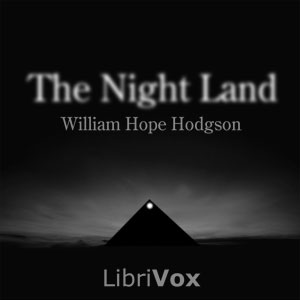 The Sun has gone out and the Earth is lit only by the glow of residual vulcanism. The last few millions of the human race are gathered together in a gigantic metal pyramid, nearly eight miles high - the Last Redoubt, under siege from unknown forces and Powers outside in the dark. These are held back by a Circle of Energy, known as the "air clog", powered from a subterranean energy source called the "Earth Current". For millennia, vast living shapes-the Watchers-have waited in the darkness near the pyramid. It is thought they are waiting for the inevitable time when the Circle's power finally weakens and dies. Other living things have been seen in the darkness beyond, some of unknown origins, and others that may once have been human.

To leave the protection of the Circle means almost certain death, or worse an ultimate destruction of the soul. As the story commences, the narrator establishes mind contact with an inhabitant of another, forgotten Lesser Redoubt. First one expedition sets off to succor the inhabitants of the Lesser Redoubt, whose own Earth Current has been exhausted, only to meet with disaster. After that the narrator sets off alone into the darkness to find the girl he has made contact with, knowing now that she is the reincarnation of his past love.

H. P. Lovecraft describes the novel as "one of the most potent pieces of macabre imagination ever written". Clark Ashton Smith wrote of it that "In all literature, there are few works so sheerly remarkable, so purely creative, as The Night Land. - Summary by Wikipedia

Too complex a storyline that doesn’t hook the audience in the first chapter.

I found this book initially interesting. However, it is highly repetitive and with no real value to the story. Also became very disturbed over the male character and the multiple whipping, discipline, and domination so that his "LOVE GIRL" leaners her place. Rather disgusting no matter what age it is set in (or written in). Lame story premise and ending. 18 hours did I endure hoping for a little reward for the trouble. David