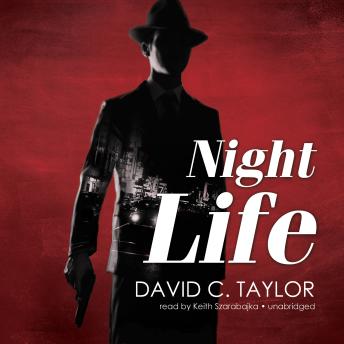 With a pulse-pounding murder plot and a protagonist caught between police and Mafia ties, Night Life is the first in a transporting historical crime fiction series set in 1950s New York City.

New York City, 1954. The Cold War is heating up, Senator Joe McCarthy is running a witch hunt for communists in America, the newly formed CIA is fighting a turf battle with the FBI to see who will be the primary United States intelligence agency, and the bodies of murdered young men are turning up all over the city.

Michael Cassidy has an unusual background for a New York cop. His father, a refugee from Eastern Europe, is a successful Broadway producer. His godfather is Frank Costello, a Mafia boss. Cassidy also has an unusual way of going about the business of being a cop—maybe that’s why he threw a fellow officer out a third story window of the Cortland Hotel.

Cassidy is assigned to the case of Alexander Ingram, a Broadway chorus dancer found tortured and dead in his apartment in Hell’s Kitchen. Complications grow as other young men are murdered one after the other. And why are the FBI, the CIA, and the Mafia interested in the death of a Broadway gypsy?

Meanwhile, a mysterious, beautiful woman moves into Cassidy’s building in Greenwich Village. Is Dylan McCue a lover or an enemy? Cassidy is plagued by nightmares—dreams that sometimes become reality. And he has been dreaming that someone is coming to kill him.

“A hair-raising, heart-stopping bullet train of a novel with action and atmosphere to burn, this one will singe your fingers and fry your hair.”—Douglas Preston, #1 New York Times bestselling author