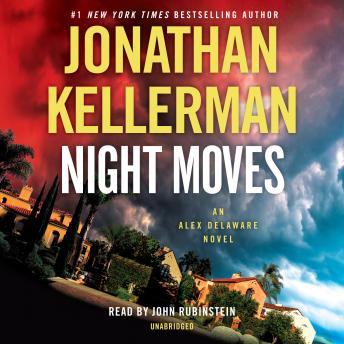 NEW YORK TIMES BESTSELLER • The master of the psychological thriller makes all the right moves in this new novel of spellbinding suspense.

Even with all his years of experience, LAPD homicide detective Milo Sturgis knows there are crimes his skill and savvy cannot solve alone. That’s when he calls on brilliant psychologist Alex Delaware to read between the lines, where the darkest motives lurk. And if ever the good doctor’s insight is needed, it’s at the scene of a murder as baffling as it is brutal.

There’s no spilled blood, no evidence of a struggle, and, thanks to the victim’s missing face and hands, no immediate means of identification. And no telling why the disfigured corpse of a stranger has appeared in an upscale L.A. family’s home. Chet Corvin, his wife, and their two teenage children are certain the John Doe is unknown to them. Despite that, their cooperation seems guarded. And that’s more than Milo and Alex can elicit from the Corvins’ creepy next-door neighbor—a notorious cartoonist with a warped sense of humor and a seriously antisocial attitude.

As the investigation ensues, it becomes clear that this well-to-do suburban enclave has its share of curious eyes, suspicious minds, and loose lips. And as Milo tightens the screws on potential persons of interest—and Alex tries to breach the barriers that guard their deepest secrets—a strangling web of corrupted love, cold-blooded greed, and shattered trust is exposed. Though the grass may be greener on these privileged streets, there’s enough dirt below the surface to bury a multitude of sins. Including the deadliest.

“A taut, procedural thriller . . . One of the most tightly plotted, tightly written of the Alex Delaware series . . . a real puzzler . . . Fans of the long-running Delaware series will be thrilled with this one, and because each book functions just fine as a stand-alone, there’s nothing keeping new readers from diving in.”—Booklist