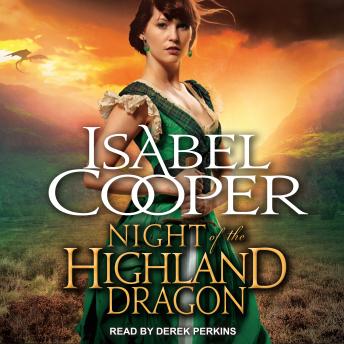 Night of the Highland Dragon

In the Scottish Highlands, legend is as powerful as the sword-and nowhere is that more true than in the remote village of Loch Aranoch. Its mysterious ruler, Judith MacAlasdair, is fiercely protective of her land-and her secrets. If anyone were to find out what she really was, she and her entire clan would be hunted down as monsters.

William Arundell is on the trail of a killer. Special agent for an arcane branch of the English government, his latest assignment has led him to a remote Highland castle and the undeniably magnetic lady who rules there. Yet as lies begin to unravel and a dark threat gathers, William finds himself drawn deeper and deeper into the mystery of the Highlands . . . and the woman he can neither trust nor deny.

He prays she isn't the murderer; he never dreamed she'd be a dragon.

Night of the Highland Dragon