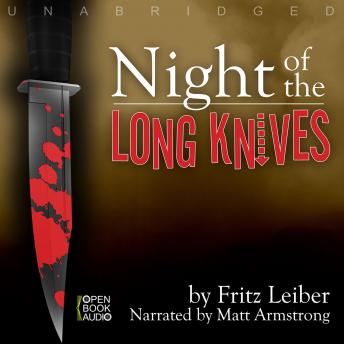 Night of the Long Knives

Ray and Alice are Deathland Buggers: the ones who, after the destruction of the world, found it impossible to interact with others, and became a race of wandering murderers. Far from being a conscious choice, however, Buggers simply can't control their inborn urge to murder, so they usually travel solo. When Alice and Ray inadvertantly stumble across one another in the Deathlands, they must decide whether to give into their urge to murder one another or not. Their dance of death is interrupted--first by a strange plane, appearing from the middle of nowhere, then by a chatty, congenial stranger named Pop who also appears from nowhere. Together, the three of them embark on a journey to escape from the Deathlands that has completely unintended consequences.

Night of the Long Knives