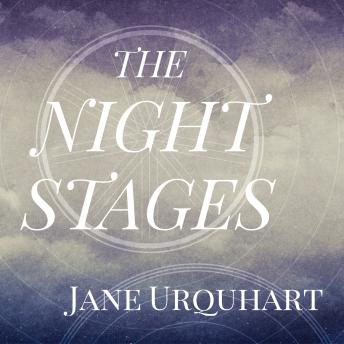 After a tragic accident leaves Tamara alone on the most westerly tip of Ireland, she begins an affair with a charismatic meteorologist named Niall. At first her romance is filled with passionate secrecy, but when Niall's younger brother, Kieran, disappears after a bicycle race, Niall, unable to shake the idea that he may be to blame, slowly falls into despondency. Distraught and abandoned after their decade-long relationship, Tamara decides she has no option but to leave.


Tamara makes her way from Ireland to New York. During a layover in Gander, Newfoundland, a fog moves in, grounding her plane and stranding her in front of the airport's mural. As she gazes at the nutcracker-like children, missile-shaped birds, and fruit blossoms, she revisits the circumstances that brought her to Ireland and the family entanglement that has forced her into exile.