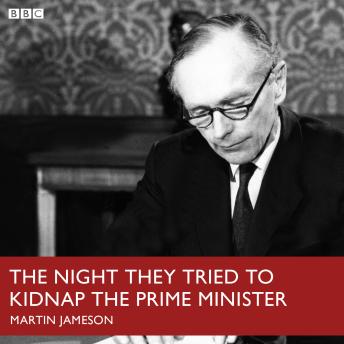 Night They Tried To Kidnap The Prime Minister, The (BBC R4)

This full-cast dramatisation by Martin Jameson for BBC Radio 4 is a fictionalised account of the incident in 1964 when a group of students attempted to kidnap the then-Prime Minister, Sir Alec Douglas-Home, in Scotland. Originally broadcast as the Afternoon Play on 15 July 2009, this dramatisation stars Tim McInnerny as Sir Alec, Chris Starkie as Robbie, Benjamin Askew as Eric, Michelle Duncan as Sheila and Grainne Dromgoole as the girl. With Annabelle Dowler and David Hargreaves. Directed by Jeremy Mortimer.

Night They Tried To Kidnap The Prime Minister, The (BBC R4)