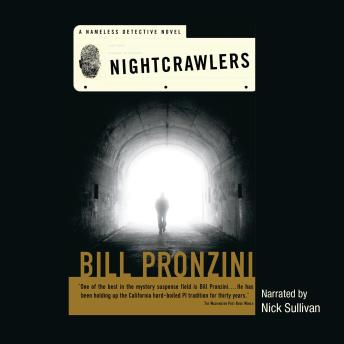 Things were quiet in Nameless' SanFrancisco agency, and his partner, Tamara, was itching to get back to work. Adeadbeat father needed to be found, and Tamara needed to do some fieldwork, soshe took off for his last known address.
When Tamara goes missing, Namelessfeels a sinking in his gut: A few years ago he had been kidnapped and left todie in a cabin in the woods, and something about Tamara's disappearance echoestoo loudly. When he discovers the house she had investigated and sees the words"taking us to a house in the wood" scrawled on a wall, the echo becomesthunderous. Now it's a race against time, and Nameless is already late.