Nightfall: In the Eye of the Beholder 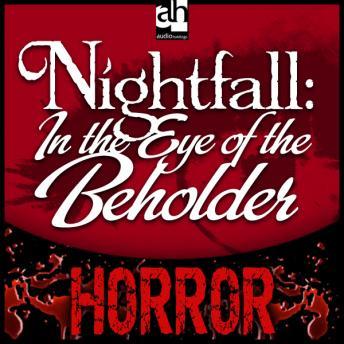 Jack Allman, an ill-tempered old farmer, refuses to have surgery for his cataracts. When a young man named Dan appears at his door claiming his car broke down, Allman puts him up and accepts his offer to help with the chores. Dan "accidentally" breaks Allman's eye drops, but the farmer sees his past come back to haunt him in a way he never bargained for.

Nightfall: In the Eye of the Beholder