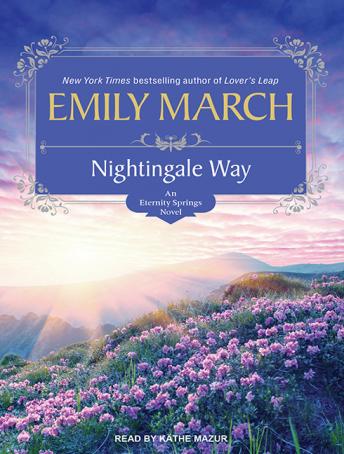 Dark, brooding Jack Davenport hides his secrets well, never telling his wife about the dangers of his job, never sharing his thoughts or worries...never sharing himself. After tragedy strikes, their marriage shatters. Now a threat to Catherine Blackburn's life brings her back into his-and gives them a second chance.

A reporter whose most recent investigation has ignited a national controversy and put her in harm's way, Cat thinks she can handle herself. So when Jack grabs her off the street and sweeps her to his home above Eternity Springs, she's furious.

In the warm sanctuary of the Eternity Springs community, Jack and Cat face the heartache that drove them apart. But can they find the courage to pick up the pieces of a shattered love?