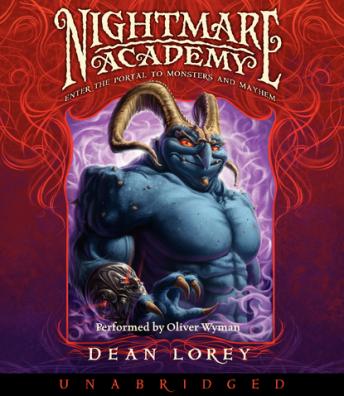 It's hard to fit in when your nightmares open portals to the Netherworld, where horrible creatures live—like the class 3 Netherstalker that invaded a sleepover and tried to eat the other children. Luckily there's a place for Charlie—the Nightmare Academy. Built from wrecked ships set in the branches of the world's most incredible tree fort, the Academy trains people to use their unique gifts to fight the monsters that rush in when the lights go out. But Charlie is far more powerful than anyone ever imagined, and his entrance exam opens a portal straight to the heart of the Netherworld, where ultimate evil plots Earth's destruction. He'll need all his cleverness—and the help of his new friends—to save himself and his family and to put these bad boys to bed once and for all. The monsters under your bed are real!

But never fear—the Nightmare Academy will train Nethermancers and Banishers like you to destroy them!