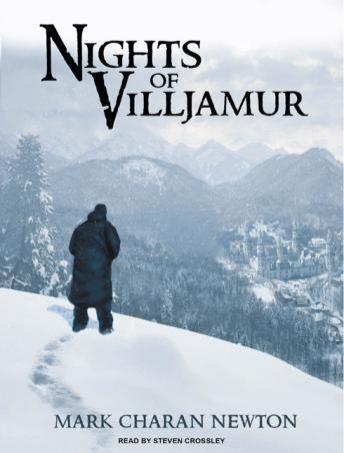 An ice age strikes a chain of islands, and thousands come to seek sanctuary at the gates of Villjamur: a city of ancient spires and bridges, a place where banshees wail the deceased, cultists use forgotten technology for their own gain, and where, further out, the dead have been seen walking across the tundra.

When the Emperor commits suicide, his elder daughter, Rika, is brought home to lead the Jamur Empire, but the sinister Chancellor plans to get rid of her and claim the throne for himself.

Meanwhile, a senior investigator in the city inquisition must solve the high-profile and savage murder of a city politician while battling evils within his own life, and a handsome and serial womanizer manipulates his way into the imperial residence with a hidden agenda.

When reports are received that tens of thousands of citizens are dying in a bizarre genocide on the northern islands of the Empire, members of the elite Night Guard are sent to investigate. It seems that, in this land under a red sun, the long winter is bringing more than just snow.