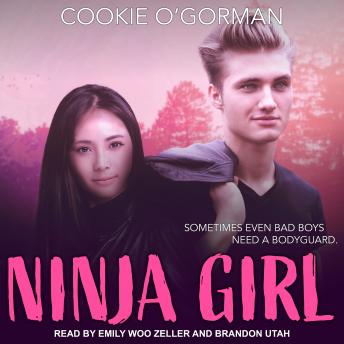 Seventeen-year-old Snow-Soon Lee kicks ass-literally. She teaches at her family-owned martial arts gym, The Academy, and cares more about training to be the next Bruce Lee than hooking up. In fact, Snow's never even been kissed. But when Girls Night rolls around, Snow decides to prove to her friends (and herself) that she's not just some boring tomboy. Impulsively, she kisses a hot stranger and even manages to escape his two security guards.

Ash Stryker's senior year sucks. His politician father pulled him out of Chariot High, separating him from his championship-winning soccer team. Now he's stuck at a prissy private school with no friends, no team, and no chance of being scouted. On top of that, thanks to the death threats his dad's received, Ash has a security tail, a.k.a. professional babysitters.

After a seemingly random attack, Ash's mother surprises everyone. She hires Snow to be Ash's personal bodyguard until after the election. But can Snow's kick-ass skills hold up against the rising threats to Ash's family? More importantly, can Ash convince his ninja girl to screw ethics and kiss him again?