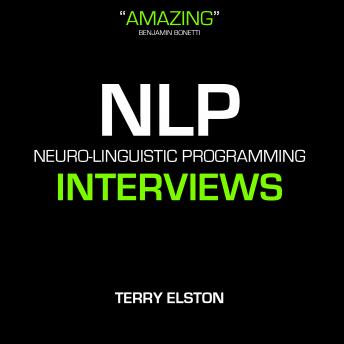 When presenting or performing at interviews, you want full control of your abilities, plus a bulletproof state inside.
This audio recording will allow you the freedom to know what to say, know what your interview panel wants you to say and be able to perform.
* Gain Rapport almost as soon as entering a room
* Learn The Now State to control your own state and link into others
* Perceptual positions - to sit in another's shoes and think like them
* Gain confidence with Terry's experience of 18 years teaching and
presenting
* Affirmations with brain entrainment section
It is one of the more rewarding experiences in life to be in front of a panel and 'wow' them. The skills required to find your voice and style with audiences can be learned by anyone. While many people see public speaking as something they want to enjoy doing, it continues to rank amongst the most often-expressed fears people have.
If this describes you, Terry Elston would like to show you how you can get past those fears with zero pain, and maximum fun.
You will learn about The Now State, a state that allows you full control of your own being and also to tune into your audience to the degree where you can be aware of any movements or emotions in the room and be in control.
Terry will also show you a technique that is used in international conflict resolution to gain rapport with the most difficult of audiences.
There is a beautiful section with affirmations - including amazing sounds with binaural beats and brain entrainment waves - allowing your mind to deeply absorb the messages within.
Terry has been working within the corporate sector using NLP for many years. Governments, Schools, The Police Force and 21 blue chip companies have been using Terry and his NLP trainers for powerful communicating and interview techniques. "I employed Terry to train 12 of my officers interview techniques to gain promotion within the police force - successfully for many!" Inspector Nicky Flower South Wales Police Force