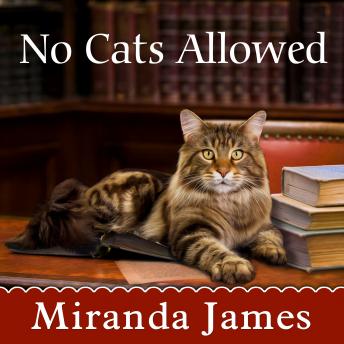 Springtime in Mississippi is abloom with beauty, but the library's employees are too busy worrying to stop and smell the flowers. The new library director, Oscar Reilly, is a brash, unfriendly Yankee who's on a mission to cut costs-and his first targets are the archive and the rare book collection.

As annoying as a long-overdue book, Reilly quickly raises the hackles of everyone on staff, including Charlie's fiery friend Melba, whom Reilly wants to replace with someone younger. But his biggest offense is declaring all four-legged creatures banned from the stacks.

With enemies aplenty, the suspect list is long when Reilly's body is discovered in the library. But things take a turn for the worse when a threatening e-mail throws suspicion on Melba.

Charlie is convinced that his friend is no murderer, especially when he catches sight of a menacing stranger lurking around the library. Now he and Diesel will have to read between the lines, before Melba is shelved under 'G' for guilty . . .