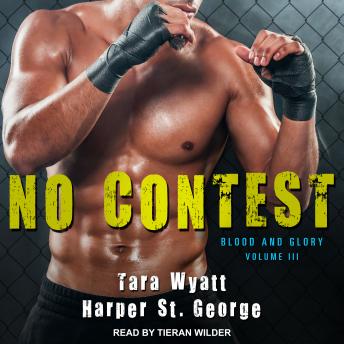 #3 of Blood and Glory

Leandro Oliveira-hunky MMA fighter, playboy billionaire, and newly crowned champ of the World Fighting Championship's light heavyweight division-is used to getting his way. But when his party lifestyle threatens to cost the WFC sponsors, he has to clean up his act or he'll be stripped of his contract. Forced to give up late nights of booze and women, Leandro resents having to change his behavior-until he lays eyes on the sexy publicist hired to manage his image. He plans to seduce her to regain control of the situation, but falling for her wasn't supposed to be part of the deal.

Freelance publicist Ashlynn Fields has never taken on a client she wasn't certain she could handle. But her latest project might just be the guy who kills her perfect record. Between his sex tape, his exploits at strip clubs, and his nights spent street racing expensive sports cars, Leandro might prove to be impossible. But with a full-time position with the WFC on the line, Ashlynn is more determined than ever to ignore his good looks and charm, and get this bad boy on the straight and narrow. Not only is he her client, but he's completely wrong for her. When the chemistry between them explodes, she's left wondering: how can the wrong man feel so right?