No Defense: A Barbara Holloway Mystery 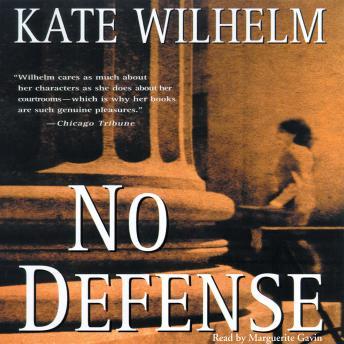 Lara and Vinny Jessup had a lovely May-December marriage. It renewed his lease on life after a battle with cancer, and it rescued her from a bad first marriage. And then Vinny was found dead. Initially, the sheriff in Loomis County thinks that Vinny died when his car rolled over on a bad curve on Lookout Mountain. But then he finds a gunshot wound. Was it suicide, or was it murder? With a large insurance policy as her motive, Lara could have staged the death ... or so it appears to the sheriff.
Barbara Holloway is a trial lawyer who tends to take on difficult cases, but in every previous case she has had some fragment with which she could build an argument. She finds herself drawn to the Oregon desert to take on this case, accompanied by her associates: her colleague Shelley with her Barbie-doll looks, the inimitable detective Bailey Novell, and her father Frank. But the case itself is as dead as the desert. Is there any defense at all?
Compelling and distinctive, this drama demonstrates anew why Kate Wilhelm is considered a master of the form.

No Defense: A Barbara Holloway Mystery