No Limits: The Will to Succeed 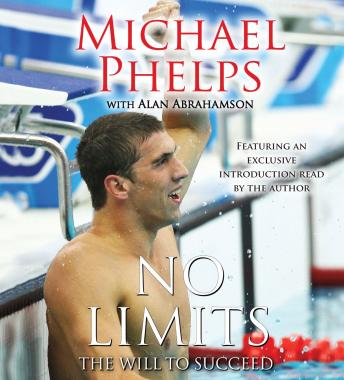 Fresh from his triumphant and extraordinary achievement at the Olympic Games in Beijing, Michael Phelps—up from working-class, born-in-the-USA roots—shows us the secrets to his remarkable success—from training to execution.

For years the world has followed Michael Phelps’s progress from teen sensation in Sydney to bona fide phenom in Athens. Now he’s a living Olympic legend in Beijing with a peerless record of gold medals. In No Limits, Michael Phelps—the greatest competitor since Michael Jordan or Tiger Woods—will share the secrets to his remarkable success. Behind his tally of Olympic gold medals lies a consistent approach to competition, a determination to win, mental preparation, and a straightforward passion for his sport. One of his mottos is “Performance is Reality,” and it typifies his attitude about swimming.

No Limits goes behind the scenes to explore the hard work, sacrifice, and dedication that catapulted Phelps into the international spotlight. Phelps shares remarkable anecdotes about family, his coach, his passion for the sport, and the wisdom that he has gained from unexpected challenges and obstacles. Highlighting memorable races and valuable lessons from throughout his career, Phelps offers candid insight into the mind and experiences of a world champion. Phelps’s success is imbued with the perspective of overcoming obstacles and doing whatever it takes to realize a dream. As his coach, Bob Bowman, says, Phelps has made a habit out of things other people aren’t willing to do. No Limits will show readers just how he does that, and will inspire anyone to follow their passion straight to the finish line.

No Limits: The Will to Succeed